Space Escapism Opera is a progressive rock/metal concept album that tells a story in pictures and sounds. 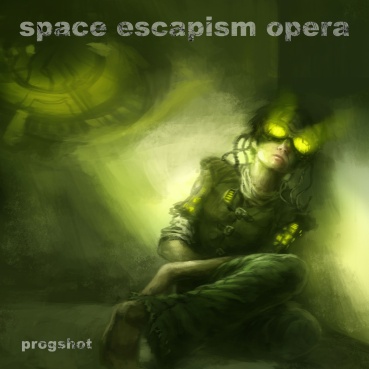 This is the point when we meet Jericho.
Jericho is the main character of our story. He wants to escape from this sick world. He wants to live in a world without digital, biological or neurotechnologies. A world leaded by the basics of all technologies. Analog technologies. But analog techologies have poor financial resources on earth.

Moon colonization – a brave new world.
The aerospace program “moon colonization” is the only chance for Jericho to escape from the sick old world. And it has sufficiant financial resources to develop analog technologies. But you have to comply many requirements to take part at the aerospace program. Now this is Jericho’s motivation. The goal to fly away from this world and to enter a brave new world.

But all of a sudden, dark depths of the human soul are revealed, when Jericho recognizes that the whole project is an ambush.

Click here to listen to a view demo tracks from the album.